Light Novel / The 8th Son? Are You Kidding Me? 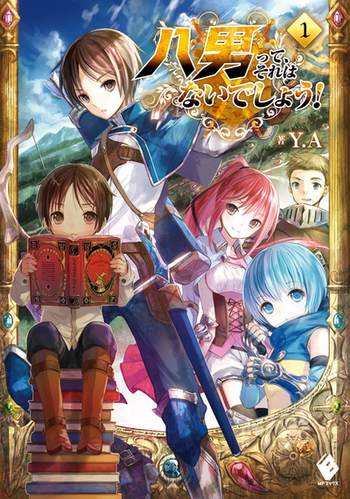 The 8th Son? Are You Kidding Me? is a Light Novel series about Wendelin von Benno Baumeister (or "Well" for short), formerly known as Salaryman Shingo Ichinomiya, who falls asleep and wakes up as the eighth and youngest son of a poor noble family. At first worried about repeating an uneventful life in this new world, Well eventually learns that he was born with an unusual talent for magic and is privately trained by a very powerful magician. Once he's old enough, he leaves home and goes in search of his own fame and fortune, and quickly finds it in no small part due to his immense talent.

The original web novel series ran from June 2013 to March 2017, and has been adapted into a light novel and manga series which are still ongoing, as well as an anime adaptation that ran in the Spring 2020 anime block.