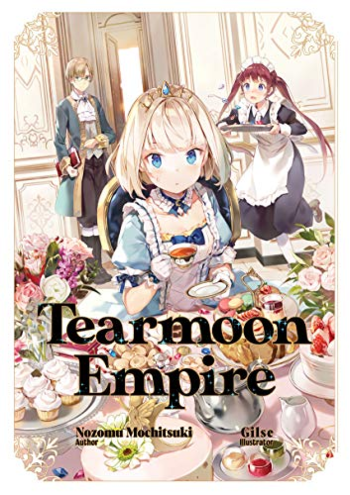 Mia Luna Tearmoon is a selfish princess of the fallen Tearmoon Empire who, after being captured in the wake of the revolution that overthrew her, is sentenced to death by guillotine for her numerous crimes. With her last breath, she takes a look at the setting sun as the blade cleaves her head right off.

...Only for Mia to wake up back in her bedroom afterwards, 8 years younger. She thought her execution was a dream, but her bloodstained diary, which has everything she had written prior to her execution, reveals that Mia has reincarnated back in time into her younger self. Knowing the fate of her future and scared of having to go through the guillotine once again, she knew she had one chance to set things right, and it's up to her to fix everything bad going on in the Tearmoon Empire, including her own selfish actions, to avoid repeating the same outcome. Hilarity Ensues as Mia finds out the hard way that it's not as easy as it sounds, and old habits die hard.

Tearmoon Empire is a Light Novel series written by Nozomu Mochitsuki and illustrated by Gilse, originally starting as a web novel in 2018 before being officially published in Japan in 2019, and later localized worldwide by J-Novel Club in 2020.