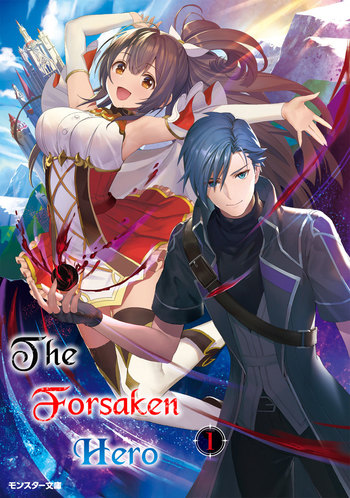 Daichi was not always this handsome
Daichi, a youth that had suffered through gruesome bullying, suddenly teleported into another world together with his classmates.
Advertisement:

Daichi did his best in trying to be a hero, but as he was useless even after reincarnating, he was abandoned in a Monster House to be a scapegoat.

Daichi should have died.

However, he rose, somehow unharmed.

The ability he gained was [Revenge of the Grudgebearer]. It was a unique ability, one that would revive him each and every time he died and bring him an extreme level of growth!

The strongest ability in his grasp, Daichi set out to take his revenge…

Tropes included in the work.