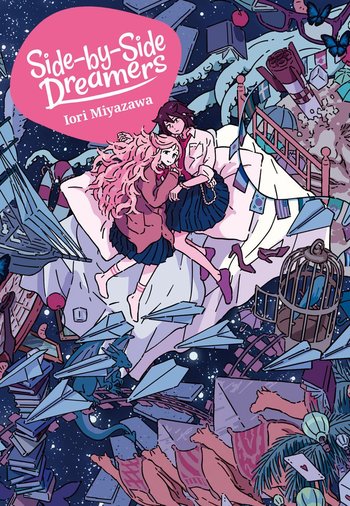 For the past six months, Ordinary High-School Student Saya Hokage has been suffering from a strange case of insomnia. She's tried everything she can think of— tea, exercise, sleeping meds, you name it— no matter what, Saya just can't get to sleep. But her luck finally turns around when she has a strange encounter with Hitsuji Konparu, an odd girl with a habit of falling asleep in unusual places. Despite seemingly being polar opposites, Hitsuji and Saya's oddities stem from the same source.

You see, Hitsuji is actually a "Sleepwalker," a person who is able to control their actions in the "Nightland," a realm made up of the collective unconscious of humanity during sleep. In Nightland, the Sleepwalkers have to fight the Suiju, parasitic monsters that possess people as they sleep. Saya ends up joining Hitsuji and the rest of her team of Sleepwalkers in order to protect humanity from the Suiju— and also in order to get a good night's sleep from Hitsuji's powers.