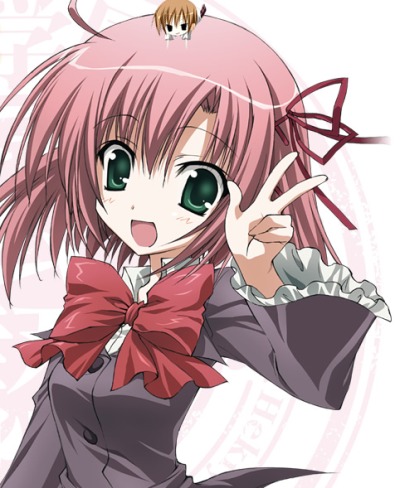 At Hekiyou Academy, the Student Council is selected by what amounts to a popularity contest. As such, the Council mostly consists of attractive girls, though there is one man among them - Ken Sugisaki. His lofty, crazy and yet somehow attainable goal? To turn the four girls of the Student Council into his harem. So begins Seitokai no Ichizon.

Based on a series of light novels, the series received an anime adaptation in the fall of 2009 by Studio DEEN. A second season was announced in March of 2011 and confirmed for the fall 2012 season, animated by AIC.

There is also an DS game

This now has a character sheet.

For another show with many similarities, check out Seitokai Yakuindomo, where the gender roles are reversed, with the girls being the perverted ones, and the guy being the Straight Man.

Many characters have yet to be covered, this page Needs Wiki Magic Love.