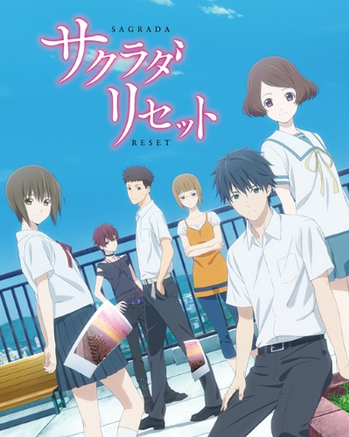 Nearly half the population of Sakurada, a small town near the Pacific Ocean, has some sort of unique power. These powers range from being able to enter the mind of a cat, to resetting the world back to a certain point in time in the past. Among them is a girl called Misora Haruki, who can reset the world back 3 days. This means that all events and any memory of the past 3 days that "could have" happened, never happened. That's where protagonist Kei Asai comes in. Kei has the ability to "remember" the past. Even after Misora uses her powers to reset the world back 3 days, Kei will retain those 3 days in his memory. Kei and Misora come across the Bureau, an organization that controls and monitors the use of these powers, and they must work together to complete missions issued by the Bureau.