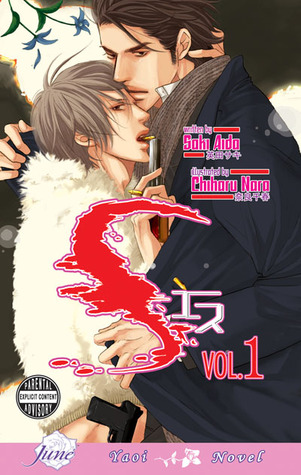 S, otherwise known as Esu, is a four-volume Boys' Love Genre Light Novel series written by Saki Aida and illustrated by Chihara Nada. All four volumes have been published in America by Juné.

Shiba is a detective in the 5th section anti-organized-crime division of the Tokyo Metropolitan Police, a.k.a. "Anti-Gang 5", specializing in handgun seizures. Shiba's secret weapon is an "S" ("spy"), an informant who plays a key role in Shiba's information gathering. Shiba is training an informant who has been officially accepted into Shinjuku's Matsukura Group within the Budoha crime syndicate. One day, Shiba awakes to an anonymous phone call. "Watch out for your S."