Light Novel / Reincarnated As A Virus 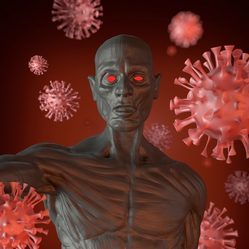 You evil gods! Think turning me into a virus will get rid of me?!
Betrayed by humanity as well as the gods above, Moss died a fallen saint. Through divine forces, Moss reincarnated as a virus where he vowed to turn his back on humanity and the gods. With evolutionary skills and capabilities, the new virus spread his infection, purging many living things and slaying gods.
Author's Note: I am not well versed in biology and plant physiology so don't expect the story to be scientifically correct. Thanks for understanding.
Advertisement: