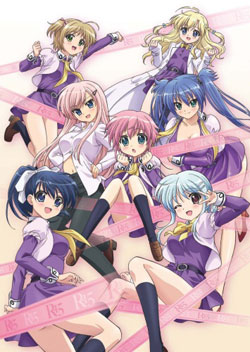 Originally a Light Novel, R-15 was adapted into an anime in the Summer 2011 Anime season.