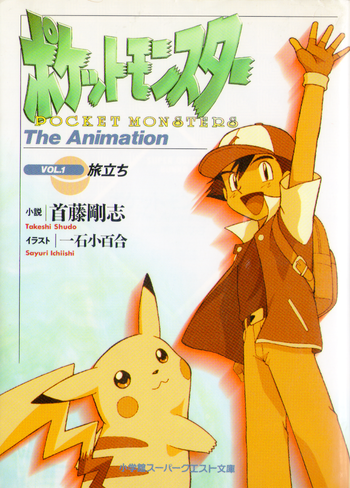 Pocket Monsters: The Animation is a Japan-only two-installment series of Light Novels based on Pokémon: The Series, authored by Takeshi Shudō (the original chief writer for the anime, who left during the Johto League). It expands a lot on background details not mentioned or alluded to in the series proper. Some aspects of it have since been contradicted by later seasons of the anime, which leaves its canonical status ambiguous.

The books were never released in English, but fan translations can be found here.