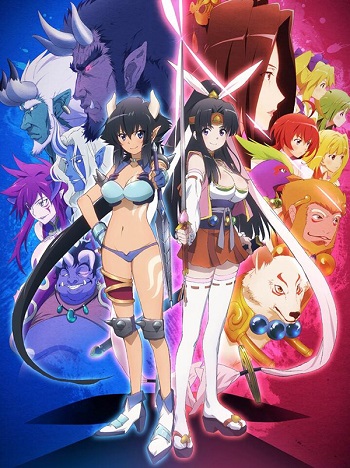 Momoko is a beautiful young sword fighter who was born inside a peach (momo in Japanese). She lives with her constant companions—the dog god Inugami, the monkey god Sarugami, and the pheasant god Kijigami—in a peaceful paradise. However, an Oni army led by the King of The Oni and his daughter Onihime (Demon Princess), invades the paradise and steals the precious treasure that protects Momoko's land. To retrieve the treasure and save the people, Momoko embarks on a great adventure with her three companions and a four girl group of Celestial Maidens.