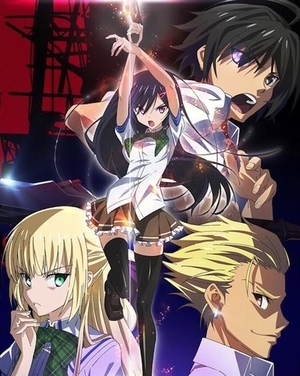 The story revolves around Takeshi Nanase, who—his rather dysfunctional family aside—is an Ordinary High-School Student. His life changes completely when a mysterious girl named Mui Aiba collapses in front of him on his school grounds. She turns out to be a magician from another world and she is involved in a conflict against a group known as Ghost Trailer.

A manga adaptation by You Ibuki has been serialized by Monthly Comic Gene since April 2013, and the tankobons are available as English ebooks through Kadokawa's Book Walker service. A one-cour anime adaptation by Madhouse aired during winter of 2014, was simulcast by Crunchyroll and is available on Blu-ray and DVD from Sentai Filmworks.