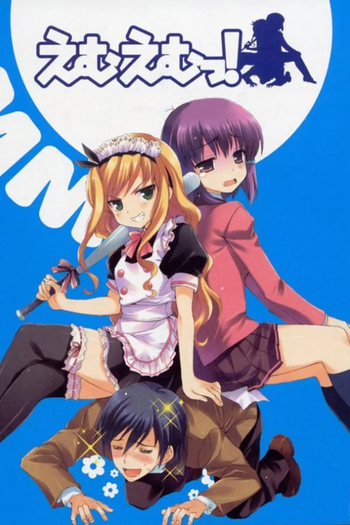 Taro Sado is a masochist. For years, this has left him unable to confess to a girl he saw at his job. At the advice of his friend, he goes to join the school's Second Volunteer Club. The first one is for normal volunteer purposes. The second is for personal problems and everything else. When he arrives, Taro meets Mio Isurugi, the club president with a sadistic personality, and Arashiko Yuno, a shy girl who's also part of the Volunteer Club. A masochist and a sadist meet, and Hilarity Ensues.

Based on an unfinished series of 10 Light Novels, MM!, after a false alarm from the creators stating they wanted to be adapted into an anime in late 2007, was finally adapted into a 12-Episode Anime in fall 2010.