This page contains unmarked spoilers for the first two story arcs. You Have Been Warned! 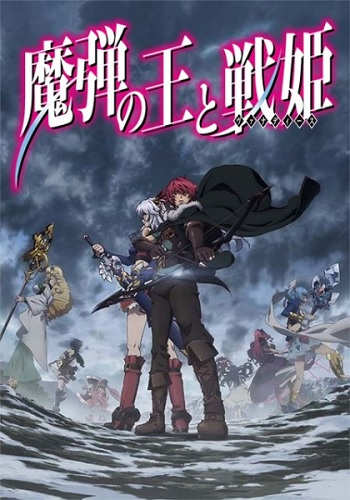 "Until the farthest reaches of the skies are calm, turn your wailing anger to strength, and become a silver flash of wind."
Elen: Throw down your bow. You may call me Eleonora Viltaria. Your turn.
Tigre: Lord Tigrevurmud Vorn.
Elen: Very well. From this day forward, you are now my property.
Advertisement:

Lord Marksman and Vanadis, also known as Madan no Ou to Vanadis in Japanese, is a Light Novel written by Tsukasa Kawaguchi with illustrations by Yoshi☆Wo, Nobuhiko Yanai and Hinata Katagiri, and published by Kadokawa's MF Bunko J label.

The story centers on Tigrevurmud Vorn, the young Count of the European town of Alsace and an archer, and Eleonora Viltaria, a noblewoman and swordswoman of the neighboring country of Zhcted called a Vanadis.

In the first saga (Volumes 1-5), Tigre is captured by Elen after Brune's Civil War has begun. Accompanied by his maid, Titta, Tigre helps Elen stop Brune's Civil War and even repels an invasion by the kingdom of Muozinel. On Tigre's five-volume long Hero's Journey, Tigre meets characters such as fellow Vanadis Ludmila Lourie.

The second saga (Volumes 6-10) opens six months after Brune's civil war. The kingdom of Asvarre is experiencing its own civil war due to a dispute between Princes Elliott and Germaine over who should rule the country. After helping Asvarre end its civil with the help of nobleman Tallard Graham, Tigre meets up with Elizaveta Fomina, the Vanadis of Lebus, after losing his memory. He learns about her history with Baba Yaga, who corrupted her in the past, and helps end a dispute between King Viktor's heirs. He also meets Alexandra Alshavin, a powerful Vanadis who has a debilitating illness.

There are also, currently, 2 Alternate Continuity of novels with different female leads

Please move any character tropes to the character page and any specific tropes from arcs to the recap page.