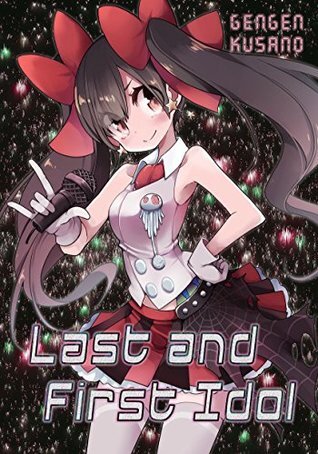 Last And First Idol is a Seiun Award-winning short story by Gengen Kusano, the first debut work to win the award in 42 years. It has been published in English by J-Novel club, in a collection with two of Kusano's other stories, Evolution Girls and Dark Seiyuu (which for the sake of convenience will also be listed on this page). It began as a Love Live! fanfic before being adapted into an original novel.

Mika Furutsuki dreams of being the greatest idol of them all, but when an immense solar flare devastates Earth, it'll take the insane obsession of an old friend, a little genetic engineering, and a lot of hard sci-fi until she takes her rightful place among the stars...