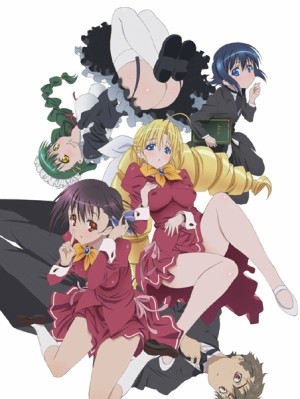 Akiharu Hino has been living with his uncle since he lost his parents, but when he notices his uncle is after his parents' money, he decides to attend Hakureiryou High, a school training the young ladies of tomorrow. They've recently added a new section for butlers and maids. It's this section that Akiharu will be joining. On his first day, he runs into Sernia Flameheart, a drill-haired girl who lives up to her name, and his childhood friend/tormentor Tomomi Saikyo, whose mother has since remarried. Throw in a clumsy maid and a crossdressing butler, and the stage is set.

Ladies versus Butlers! provides examples of: