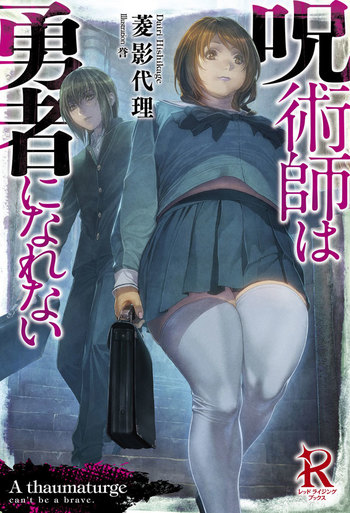 Behold the Official Couple
On that day, due to the outbreak of an unprecedented and abnormal event, 41 students from class 2-7 of Shiromine Academy are summoned to a different world, one full of magic.
Advertisement:

Separated and summoned inside a vast dungeon, where the only way to escape is to head to the deepest area, they are given the power of a Divine Protection 『Vocation』 as the only means of survival.

While some of them are brave, some just do whatever they want, and some harbor treacherous intentions, they all aim to capture the dungeon.

In this place, one person gained a 『Vocation』 whose skills are unsuitable for combat, attendance number 19, Momokawa Kotaro.

A boy with a small and lean build from the Literature Club wasn’t blessed with a physical ability, swordsmanship, or strong magic, rather he only had the 『Shaman』 vocation to rely on.

After being driven out of the group and left behind by his powerful classmates —– his survival instinct starts running at full throttle!

Pushed to the limit of survival in the different world’s dungeon, what starts with trusting and loving each other soon ends in killing and betrayal.

The most beautiful and gruesome battle royale has raised its curtain.

Written by the same author, and taking place in the same universe, as Kuro No Maou.