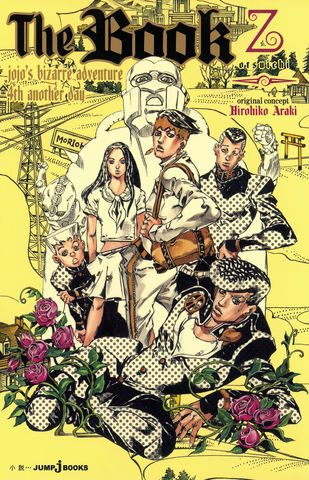 The story is set in Morioh, the town serving as the set of the series' fourth part: Diamond is Unbreakable, and during the winter of the year 2000. A few days after the New Year, Koichi Hirose and Rohan Kishibe stumble upon a cat drenched in blood, which leads them to a woman who seems to have had a car accident while indoors, without any trace of a car. The heroes of Morioh have to conclude that another evil Stand user is in town. The culprit is Takuma Hasumi, another high-school student, whose tragic and mysterious past is explored as he develops a relationship with Chiho Futaba. Takuma must then avoid being caught by the heroes, while reaching his unknown goals in the process.

The Book: 4th Another Day provides examples of the following tropes: