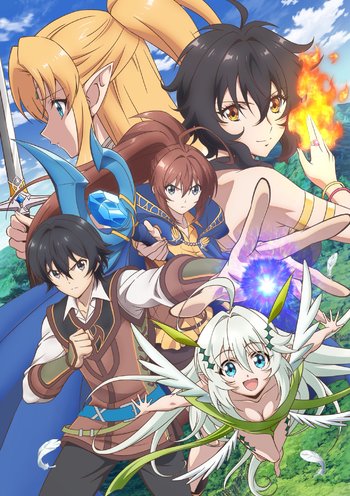 "Until just a few months ago, Rin and I were both normal high school students.
We lived mundane peaceful lives.
To think... we would end up here."
—Taichi Nishimura
Advertisement:

As regular high school students Taichi and Rin disappeared in a beam of light. When they came to, the two of them were already in a world of swords and magic. Finally getting away after experiencing an attack by monsters, following the suggestion of adventurers they headed on the path towards the guild. In the guild, the two of them found out that they possessed unbelievably powerful magic. Thus the regular high school students transformed into the strongest cheats...

The page contains the following tropes: