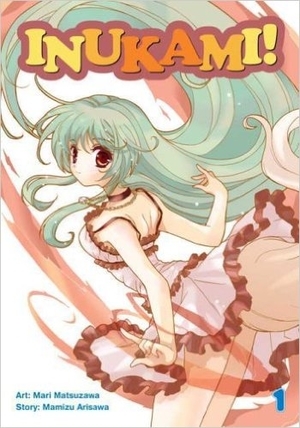 Keita Kawahira is one of a family of Inukami users - a clan who makes contracts with the titular dog spirits in order to protect the local populace from evil spirits, and deal with specific supernatural threats for a price. His cousin Kaoru already has 10, and the time has come for Keita to get one of his own. He finds himself partnered with Youko, a feisty type with an inclination to throw fireballs. With that setup, a series begins full of violence, cuteness, perversity, and dogs. Keita tries to get on the good side of Kaoru's Inukami while he's away, and Youko tries to keep him in line.

A fun series, if on the strange side at times. Compare with Akikan!, as they were both originated in light novels later adapted to anime.