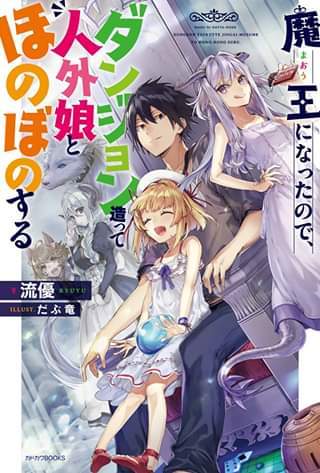 Some of these girls don't show up until volume 2.
Before I realized, I had become the guardian of a dungeon, a Demon Lord. I was suddenly in a dangerous world with giant monsters loitering around, fighting for their existence, so I thought to go about developing the dungeon in order to not die but —- for some reason I was having quite the good time…. How did it turn out like this?
—Pretty much the prologue.
Advertisement:

The protagonist, Yuki, having to live in that world now, uses his bold and sharp senses and spends time with a supreme dragon girl and a vampire girl; Sometimes laughing, sometimes being angry, passing days doing what he likes.