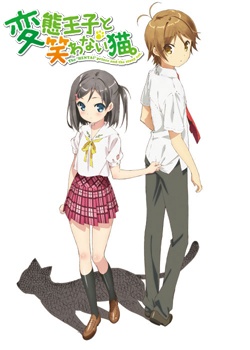 Youto Yokodera is a second-year high school boy and member of his school's track-and-field team with lots of fantasies going on in his head — perverted ones, that is. Unfortunately, he's not good at expressing his thoughts. One day, his equally perverted best friend comes to school suddenly transformed, having rid of his perverted streak, a miracle he attributes to a statuette of a frowning cat. Through further research, Youto discovers that the "Stony Cat" has the power to transfer personality traits on an Equivalent Exchange basis.

One day, as he makes his offering to the "Stony Cat", wishing to be more honest with his emotions, he meets Tsukiko Tsutsukakushi, a first-year girl who also wants to make a wish: to be more mature and less overly emotional. Together they make their wish, and the next day they discover that the "Stony Cat" works wonders. All too well. Much to their surprise, Youto became too candid with his thoughts, while Tsukiko becomes completely unable to show her emotions. Finding that they didn't like the results of their wish, Youto and Tsukiko work together to find the recipients of their lost personality traits and reverse their wishes. Add to that Azusa Azuki, a second-year transferee who has gained Youto's deadpan facade, and Tsukiko's older sister Tsukushi, the beautiful but stern captain of the track team known as the "Iron King", and you have one wacky melange.