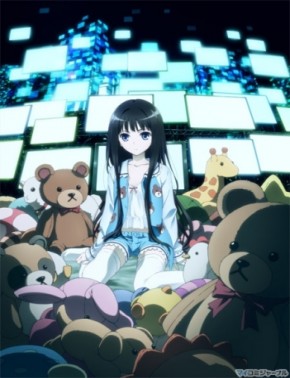 Heaven's Memo Pad (Kamisama No Memo-chou, or "God's Notebook", in Japanese) is a mystery Light Novel series that was later adapted into a manga and an anime.

An Ordinary High-School Student named Narumi Fujishima is mostly a loner in class. But one day, after catching the eye of classmate Ayaka Shinozaki, he ends up following her into the school's Gardening Club. She then introduces him to an odd girl named "Alice", a self-described NEET and Hikikomori who runs a one-girl detective agency above the ramen shop where Ayaka works.

Alice is helping Ayaka on a case involving a new drug called "Angel Fix," but when Ayaka ends up in a coma, Narumi decides to take her place at the ramen shop part-time and help Alice's budding detective agency. While trying to find the person responsible for Ayaka's condition, Narumi acts as a go-between for Alice and other NEETs with varying skills and obsessions.

Not related to Death Note.