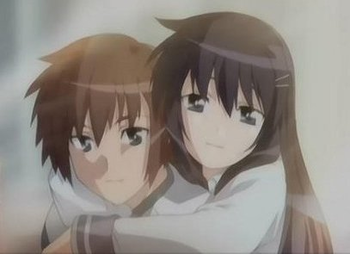 The show deals with Yuichi and Rika as they try to develop their relationship despite the meddling of doctors and nurses who have their own reasons for helping or hindering them. As Yuichi learns of the seriousness of Rika's condition he decides to help her realize her dreams and explore the world outside the hospital where she has spent most of her life.

The show is mostly a drama/romance set in a hospital. Given the theme of young adolescents exploring their feelings for each other while under pressure from parents and hospital staff while coming to terms with their own mortality, there is a lot of Tear Jerker material.

The anime consists of six episodes aired in 2006. A live-action television drama ran for 13 episodes in late 2006.