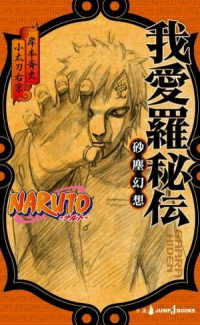 Gaara Hiden: A Sandstorm Mirage, written by Ukyō Kodachi, is set a few months after the wedding. Gaara has just turned twenty years old, so Sunagakure's elders think it's time for him get married. They have already found a wife for him, which he is going to meet shortly. And so, Gaara's toughest battle yet begins...