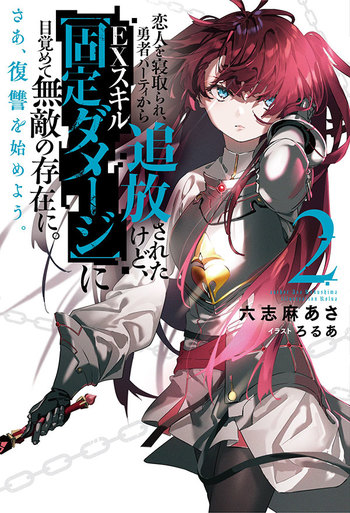 Chrome, I will be your strength!
Advertisement:

Full Name: My Lover Was Stolen, And I Was Kicked Out Of The Hero's Party, But I Awakened To The EX Skill "Fixed Damage" And Became Invincible. Now, Let's Begin Some Revenge.

Chrome was a magician in the hero's party.

He fought the Demon Lord's army alongside people like Irina, the lover who vowed to marry him in the future, and the hero, Yuno, who was his close friend.

They were all close companions. However, that was only in Chrome's mind.

His lover, Irina, became intimate with the hero, Yuno, and Chrome was sacrificed to make the hero stronger. Chrome's magic powers were snatched away and he was kicked out of the party. Demons surrounded him as he was on the verge of death and he was driven to a corner.

At that moment, Chrome awakened to a "darkness" within himself.

Amidst his despair, he acquired an unrivaled skill.

Now with this skill, he could exact revenge.