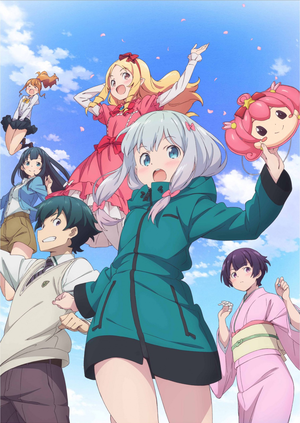 Masamune Izumi is a boy who enjoys writing light novels. Lacking artistic skill, his novels were illustrated by an anonymous partner who is known only as Eromanga-sensei. Little does he know, however, that Eromanga-sensei is the pen name of his reclusive little sister, Sagiri Izumi...

Eromanga Sensei (エロマンガ先生) is a light novel series written by Tsukasa Fushimi and illustrated by Hiro Kanzaki (both also known for their work on Oreimo), which began publication on December 10, 2013, under the Dengeki Bunko imprint and so far spawns 8 volumes.

It also spawned a manga adaptation illustrated by Rin, published in Dengeki Daioh, since May 27, 2014 and at present has 5 volumes published.