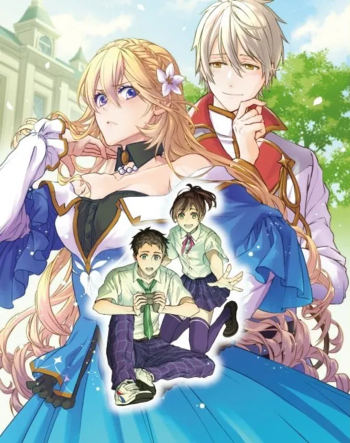 Endo Aoto and Kobayashi Shihono are members of their school's broadcasting club. Kobayashi is a passionate fan of the otome game Love Me Magically! (Magikoi for short), especially its misunderstood and ill-fated villainess Lieselotte. Kobayashi convinces Endo to try the game and when the two play together, they discover they are able to communicate with one of the game's love interests, the prince Siegwald, who's betrothed to Lieselotte. Endo and Kobayashi decide to take this opportunity to change the course of the game so that Lieselotte does not have to die and everybody can live happily ever after, by guiding Siegwald's actions through a play-by-play commentary.

Endo and Kobayashi Live! The Latest on Tsundere Villainess Lieselotte (ツンデレ悪役令嬢リーゼロッテと実況の遠藤くんと解説の小林さん / Tsundere Akuyaku Reijou Lieselotte to Jikkyou no Endo-kun to Kaisetsu no Kobayashi-san, literally "The Tsundere Villainess Lieselotte, the Play-By-Play Caster Endo-kun and the Colour Commentator Kobayashi-san", also unofficially known as "Endo and Kobayashi's Live Commentary on the Villainess") is a light novel written by Suzu Enoshima and illustrated by Eihi. It also has a manga adaptation by Rumiwo Sakaki serialized in B's-Log Comic since 2019. The novel is licensed for English release by J-Novel Club.

An anime adaptation by Tezuka Productions has been green-lit and is scheduled to be aired in January 2023.