Light Novel / Drugstore in Another World 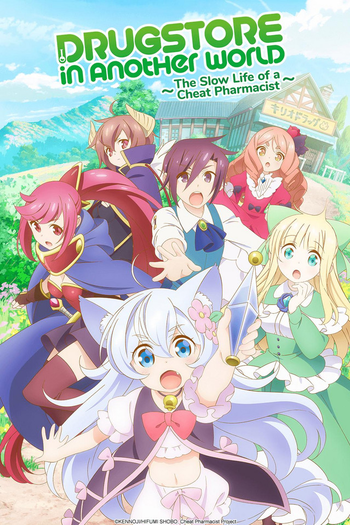 Reiji Kirio was once an ordinary salaryman until he somehow stepped into a fantasy world. Setting up a drugstore in the Kalta village, he saves a werewolf named Noella who becomes the mascot of the drugstore, and is assisted by a ghost girl named Mina.

Written by Kennoji, it originally started off as a web novel on Syosetu, then a light novel, was adapted into a manga in 2018, and finally had an anime adaptation that premiered in July 2021. The official Light Novel translations are published by Seven Seas Entertainment.