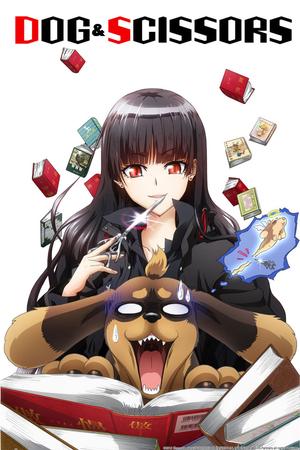 Kazuhito Harumi is a high school boy who is obsessed with reading books, especially those by Shinobu Akiyama. One day, he is killed in the middle of a robbery and resurrected as a dachshund dog. In his new form, the helpless Kazuhito now belongs to said novelist, whose real name is Kirihime Natsuno, and who uses scissors to abuse him.

Dog & Scissors (Inu to Hasami wa Tsukaiyō), is Japanese light novel series created by Shunsuke Sarai and illustrated by Tetsuhiro Nabeshima. It aired as a part of the Summer 2013 Anime season. The light novel series ran until January 2015, and there is no word of whether a second season will be made.

Viewers can legally view this series on Crunchyroll