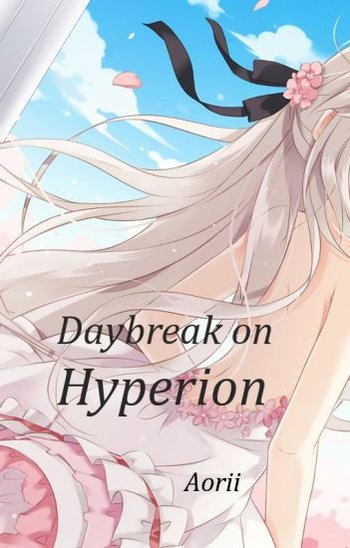 Daybreak on Hyperion is an original English work written in the style of a Light Novel. Set on the continent of Hyperion in an as yet unnamed world, the story starts at the Königsfeld Academy of Magic in the Kingdom of Weichsel. Pascal Kay Lennart von Moltewitz, the only child of the Kingdom's top military officer has just returned to school after a summer campaign, serving as a junior officer where he was promoted and knighted for his actions. When he is informed that he and his classmates will be summoning their magical familiars he decides that a normal animal familiar will just not do, he decides to modify the ritual to summon a person, one who will be his intellectual equal, but with sufficiently different views that they will not just be a sycophantic Yes-Man.

Things do not go quite to plan and while Pascal gets what he wants, it may prove to be more than he bargained for.

Note: This is currently a work in progress, available at both Baka-Tsuki

. The first three volumes are complete and the fourth volume is in the works.

Daybreak on Hyperion contains examples of: