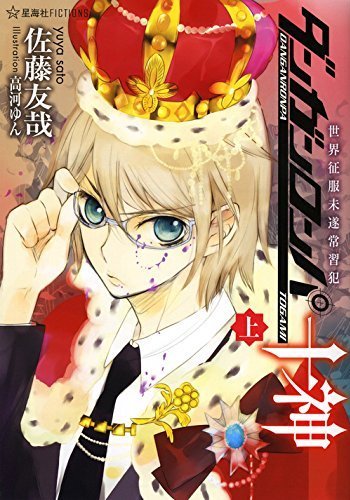 Byakuya-sama is God
Released in late 2015, Danganronpa Togami is a three-part Light Novel set in the Danganronpa universe, written by writer Yuya Satou.

Living as the heir to the Togami Conglomerate, Byakuya Togami is suddenly attacked while on a trip to Prague with his biographer, a fellow student at Hope's Peak Academy referred to as "Blue Ink". Having his identity (and clothes) stolen from him, Byakuya listens as the imposter announces on live broadcast that, should the world not kill him in 24 hours, he will Take Over the World. As the world descends into chaos with the propagation of the mysterious "Despair Book", it's up to Byakuya and Blue Ink to escape assassins and uncover the truth.