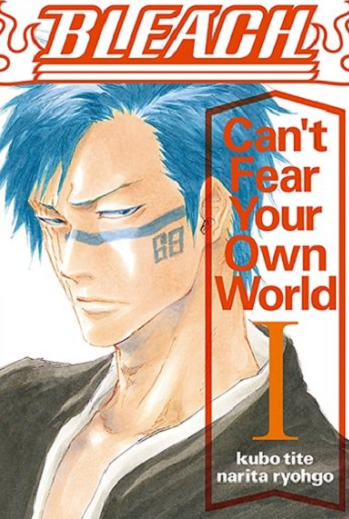 Bleach: Can't Fear Your Own World is a Light Novel, written by Ryōgo Narita and based on Tite Kubo's manga Bleach. Volume 1 was released in Spring 2017 through digital release, while Volume 2 was released on November 2, 2018 and Volume 3 was released on December 4, 2018.
Advertisement:

The story focuses on the events immediately after the defeat of Yhwach, with Hisagi Shuuhei as the main character investigating the events.

Notably, Can't Fear Your Own World was adapted into the Bleach: Brave Souls mobile game, marking the first time any of the light novels has been adapted into another form of media.