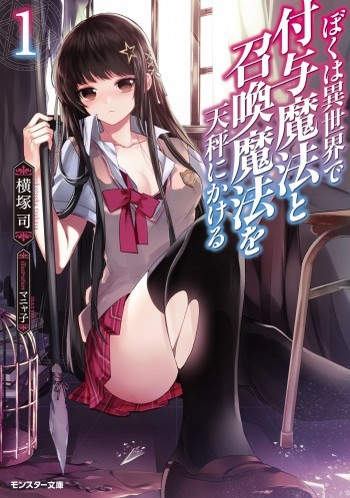 Please take care of me, Kazu-sempai!
One day, in a certain private school with dormitories, the whole school was transported into another world. I, Kaya Kazuhisa, from the 1st Grade of the High School Section, had been bullied for long periods of time. To kill the culprit who had bullied me, I dug a trap, but unexpectedly I killed a monster. From that moment, I evolved into a rare existence that can go against the monsters.
Advertisement:

At the same day, I saved a girl from Middle School Section 3rd Grade, Shimozono Arisu in the forest from an Orc. When I was working with Arisu to defeat the Orcs, and gradually leveled up, I was forced to make a choice: Should I choose the Summon Magic which is suitable for surviving alone? Or should I choose Support Magic which is used when battling together with others?