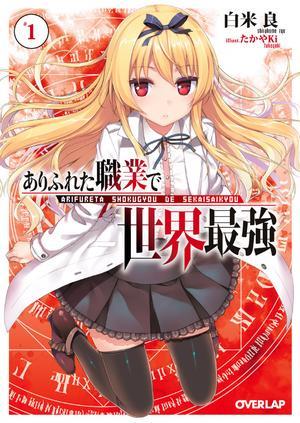 Arifureta: From Commonplace to World's Strongest (ありふれた職業で世界最強, "Arifureta Shokugyō de Sekai Saikyō") is a 2013 web novel series written by Ryo Shirakome (under the pen name "Chuuni Suki") and was published on the website "Let's Become Novelists", subsequently turned into a light novel illustrated by Takayaki and published by Overlap in Japan and licensed in English by J-novel Club, which can be found here

. An anime adaptation produced by asread and White Fox (with Pierrot Plus for episodes 2, 8 and 11) began airing July 2019, with a second season, now with Studio MOTHER co-helming with asread, scheduled to premiere in January 2022.

One Japanese high-school class has been transported to another world, where on short notice they are told they are summoned to be heroes and save it from an onslaught of demons. Each student is given overpowered stats and incredibly useful jobs... except Hajime Nagumo, otaku and bully magnet. As if being looked down upon by the "cool kids" for his hobbies, let alone being the object of affection of class sweetheart Kaori Shirasaki, is not enough, in this world not only does he get mediocre stats, but also the equally-mediocre-at-best "Synergist" job, which lets him transmute anything.

During one live training at the Orcus dungeon, a trap puts the entire class, their homeroom advisor Aiko Hatayama, and their instructor Meld Loggins, at the mercy of a dangerous monster. Against all odds, Hajime makes some really creative use of his Synergist abilities to defeat the monster. Unfortunately a stray fireball hits him, sending him hurtling down into an abyss.

Barely surviving the fall, Hajime then struggled to survive the even greater dangers deep in Orcus, nearly losing his sanity with thoughts of vengeance against what he perceived to be the treachery of his class... until he meets Yue, a powerful vampire-girl sealed for centuries in the depths of Orcus. Bound together by similar experiences, Hajime and Yue together successfully escape Orcus and confront anew the world which seemingly betrayed them

Arifureta: From Commonplace to World's Strongest provides examples of: