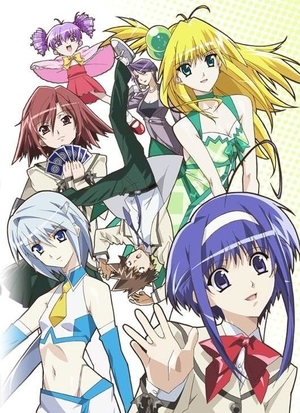 Akikan! is a series of Light Novels written by Riku Ranjo and illustrated by Hiro Suzuhira which were published from 2007 to 2013, with a total of 10 volumes. They were later adapted into a manga and a 12-Episode Anime by Brains Base. Compare with Inukami!.

Kakeru Daichi, sixteen years old. Collector of rare drink cans. Considering the first two things, no wonder he's never had a girlfriend. That is, until he finds a can of melon soda he purchased transforms into a girl. She is an Akikan, one of the few that have begun to appear recently. A strange take on the Magical Girlfriend genre, but with all the same craziness. The rest of the cast is quirky, including the government officials researching the case and Kakeru's classmates.