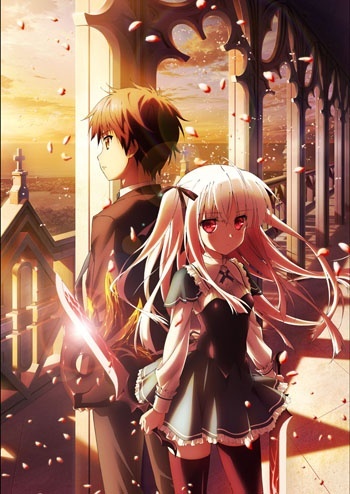 Absolute Duo is a Light Novel series by Takumi Hiiragiboshi with illustrations by Yū Asaba. From that, there are two separate manga adaptaions. It was adapted into an anime, which aired as part of the Winter 2015 Anime season.

Blaze is a manifestation of a human's soul in the form of a weapon. Tōru Kokonoe's is different. Instead of a weapon, his Blaze takes the form a shield. After losing a person precious to him, he vows to become stronger and enrolls Koryou Academy, a school that teaches combat techniques. The school implements the "Duo" - a partner system where two students pair up and live together with said partner. Tōru is paired with Julie, a beautiful silver haired student who has an interest in him.