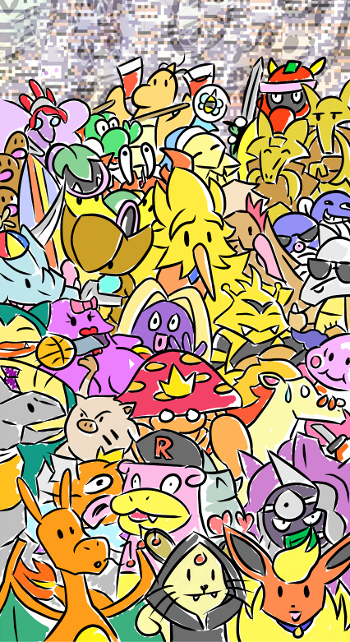 Twitch Plays Pokémon (TPP) is a social experiment in which commands representing buttons on an original Game Boy (up, down, left, right, A, B, start, and select) are entered into a chat on Twitch, and then translated into a game of Pokémon Red via an IRC bot. In short, over 10,000 people are fighting over a controller. Throughout its life, Twitch Plays Pokémon has spawned hilarious characters, memorable moments, and even a religion.

The first run of "Season 2" takes Twitch Plays Pokemon back to the events of Red but with a twist. A new Democracy system ensured it would be used when needed by only activating if Twitch spent too long in one area. Additionally, Anniversary Red was the first run to use a new completion goal: Get the Diplomanote The official objective was to beat the Elite 4 after unlocking the "True Ending" by beating the game once, catching all 151 Pokemon, rematching all the Gym Leaders, and "checking under the bed.".

Hilarity ensued as Twitch encountered old enemies like the Route 9 Ledge, the Rocket Hideout, and Professor Oak's nagging as they captured all original 151 Pokemon.

. There is also a recap page, found here. The ROM has been released in IPS patch format, and can be downloaded here