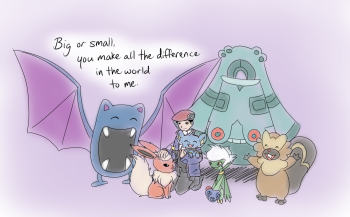 No matter the struggle, they stuck together until the end.
Source

Pokémon Platinum was the fifth game confirmed by the streamer. It began on May 3rd, 2014 and is set in Sinnoh, a snowy region to the north of the Pokémon world. What trainer has been chosen for the Mob's frigid adventure? Why, "Napoleon", a young boy trainer with conquest in mind whose namesake didn't exactly have good luck with the cold.

After 17 days, 11 hours and 38 minutes and 49 attempts, trolls be damned, Napoleon defeated the Elite Four and Cynthia to become the Sinnoh Champion.