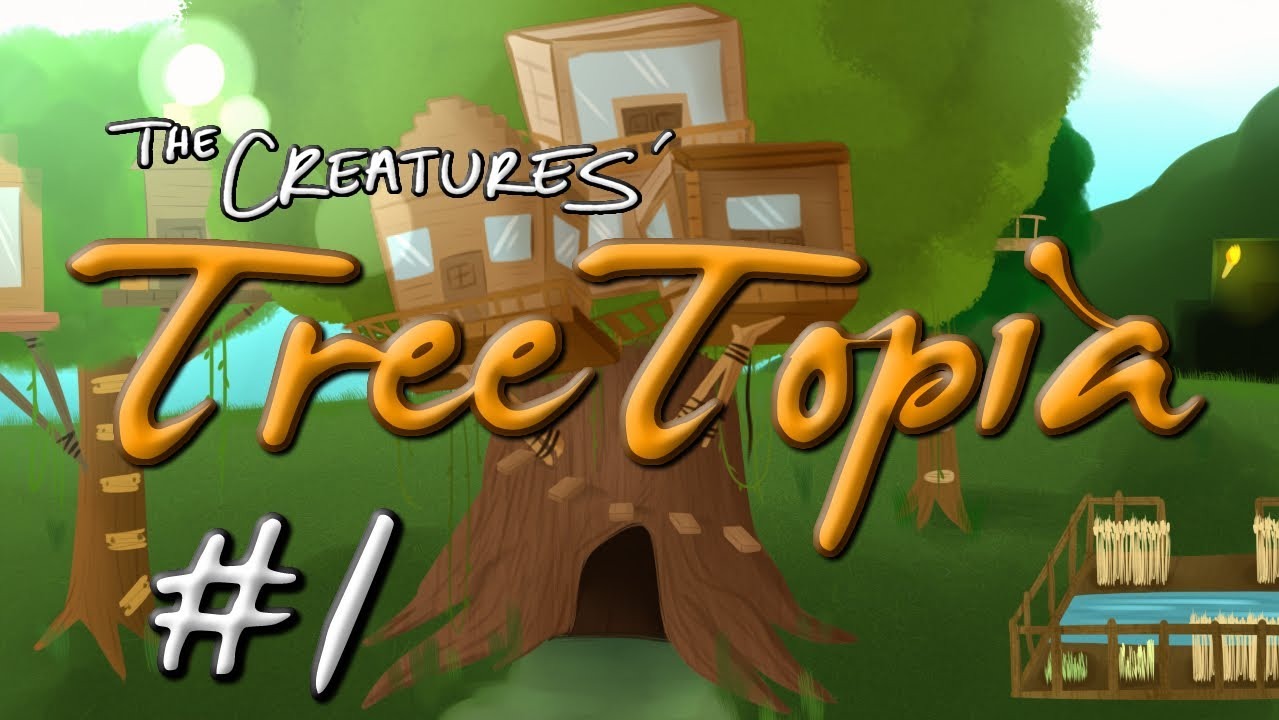 The titlecard for the first 72 episodes.

Treetopia is a Let's Play of the game Minecraft and the series was made by The Creatures. It is a part of the famous Treehouse series. It is also known as Treeboot, or Treeset, but those names are less used. It began August 6, 2013 and ended on June 27, 2014, updating every Monday, Wednesday and Friday. It was followed by Creaturetopia.

In this series, most of the members of The Creatures at the time built tree styled buildings (with the exception of Spoon, who built a sandcastle).

The outro music is Hummingbird by Tut Tut Child (feat. Augustus Ghost). It plays during a montage near the end of the Grand Finale episode.