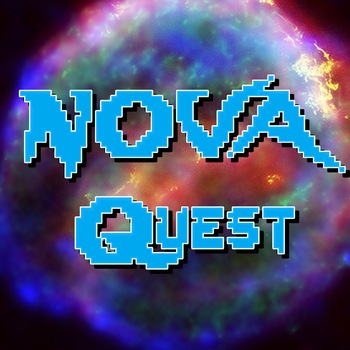 The Nova Quest, or simply Nova, is a group of currently 26 friends that produce various types of Let's Plays, including hardcores, one-off playthrough videos, and weekly live streams. The group was formed on February 17th, 2017. Under the "Nova Branch" title are hardcores, playthroughs of games such as Minecraft or Terraria where players have 1 life each, produced by members of Nova, with casts consisting of both Nova members and Non-Nova members, unlike the main Nova Quest Hardcore which includes exclusively Nova members. The main Nova channel can be found here.

Members List
Due to the sheer volume of Character Deaths in the series, only spoilers for the most recent seasons of each Nova Branch Hardcore and for season endings will be consistently covered up. Most other spoilers are unmarked. You Have Been Warned!