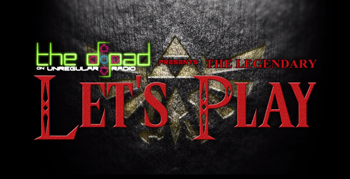 It's gonna be legen—wait for it...
Advertisement:

On August 22, 2013, The D-Pad released a teaser for an event called The Legendary Let's Play

. What followed was a continuous Let's Play of every Legend of Zelda game released up to that point (including one that came out during the series' run), one release per day until all games were completed.

open/close all folders
A Link to the Past
Ocarina of Time
Majora's Mask
Oracle of Seasons
Oracle of Ages
Battle Quest (Nintendo Land)
A Link Between Worlds
Tri Force Heroes
...dary.