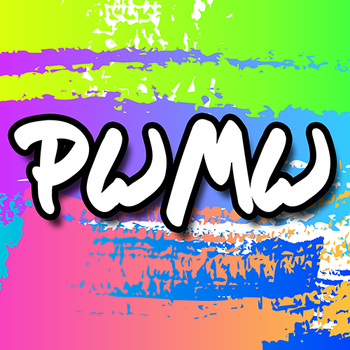 , AKA Anthony (Sometimes referred to as "PWMW" or "The Wii Dude"), is a Let's Player who mainly uploads Nintendo and PC gaming content. Despite the name, he doesn't play games just from the Nintendo Wii, but on most Nintendo consoles, a Sega console, the PC, or whatever else he decides to branch out in.

Anthony created the channel on October 11, 2008, and mainly played Super Smash Bros. Brawl and Mario Kart Wii, until he started his first LP, F-Zero for the SNES. Besides doing Let's Pla- er, playthroughs, sometimes he may upload gameplay videos, music that he thinks is awesome, a countdown video, a stream, etc.

Anthony is a member of 2 defunct collab channels, ABTZComms

. Visit his Archive Of Our Own

pages for his fanfiction work.

Not to be confused for Playing with a Trope.