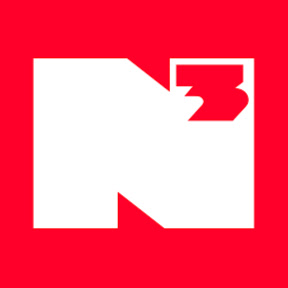 The Nerd who? The Nerd³.
Hello, procrastinators!
Advertisement:

Nerd³ is a British Let's Play channel on YouTube created by Daniel Hardcastle and run by himself and Wot Fanar, devoted to gaming and reviewing games. It can be found here

. Largely inspired as a cross between Hannah Hart's My Drunk Kitchen and TotalBiscuit's WTF Is..., it combines quick editing with strange, unexpected humour and real-time gameplay.

After a hiatus in summer 2017, his videos have been largely very unique takes on his standard formula, ranging from a video entirely devoted to Dan watching VR pornography that's only focused on his face to uploading an entire second "season" of his Planet Coaster series in one day, Netflix-style. Basically, he's doing what he wants, and it's awesome.

For now, I just want to say... You are welcome here.