All spoilers will be unmarked. You Have Been Warned. 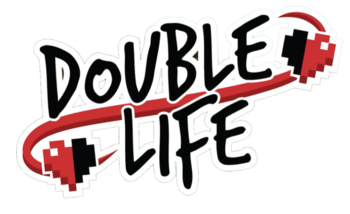 Each season of the Life SMP has a different name, and comes with a different twist, but the concept is always the same. Each server member has a set number of lives, indicated by the color of their name, and once they run out of lives, they are out of the series. Players on their final lives gain a red name, and their goal changes from just surviving, to killing as many people as they can.

In its first season, 3rd Life, each member of the server began with three lives, losing one every time they die. When someone is on their last life, their goal shifts from surviving peacefully, to taking out as many other players as possible. The world itself is very limited - only 700 by 700 blocks - so resources are finite and players must share, cooperate or steal if they are to survive. The series uses the Voice Proximity mod, so random encounters with others are commonplace.

The second season, Last Life, began with three new members, a new name, and new rules. Unlike in season 1 where everyone has 3 lives, each member of the server was randomly assigned between 2 and 6 lives, and the ability to transfer lives between players was introduced. In addition, each episode started with the server randomly assigning a "Boogeyman", who needed to kill a player with more than one life left before the end of the day, or lose all but one of their lives. After Day 2, the Boogeyman was given a protective buff after being cured so they would have an easier time escaping from their victim's teammates.

The third season, Double Life, shook things up again. Each member of the group was once again granted 3 lives, but this time, they had to share their life counter and their health bar with their soulmate, another player. If their soulmate took damage, they would as well, and if their soulmate died, so would they.

The Life SMP is taped in three-hour recording sessions mostly on Friday, and each person's perspective is uploaded to YouTube somewhere within the following week, usually the next Tuesday.

The Life SMP provides examples of:

Grian discovers that he's been paired up with Scar (who is both infamous for how much he keeps dying, and had already partnered up with him two seasons prior). He doesn't take it well.

Grian discovers that he's been paired up with Scar (who is both infamous for how much he keeps dying, and had already partnered up with him two seasons prior). He doesn't take it well.