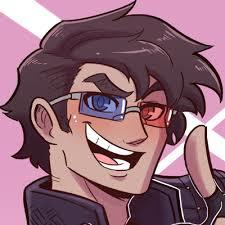 KZXcellent (AKA KZ, previously known as Goddammitjoel) is a Youtube Let's Player who specializes in Let's Plays in mostly Japanese games, specifically JRPGs; though he's not limited to them - for example, doing a Let's Play of the entire Jak and Daxter trilogy. He also cohosts podcasts with GigaBoots and used to host podcasts of his own (such as the former Low Expectations Podcast).

Channel can be found here.