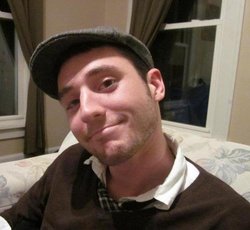 Up, down, all around, welcome to the JSmith town!
—"JSmith Town", his theme song
Advertisement:

JSmithOTI (real name Josh Smith) is a YouTube let's player and ultimate scumlord from somewhere in Pennsylvania. He plays a variety of indie games for the amusement of his viewers, and streams every so often. His YouTube channel can be found here

, while his Twitch is here

. Every week he plays a new game as part of his "A week of" series and produces reviews of indie games under the name "Quick look @".

Known primarily for his extreme childishness and immaturity, his love of the number 69. Formerly part of the now-deceased podcast Saving Progress along with Northernlion and Michealalfox now stars alongside Northernlion and RockLeeSmile on the NLSS every Monday, Wednesday and Thursday. In addition the JSmith Super Show (or JSSS) takes place every Tuesday on Twitch Tv.

Games he featured on his "A Week Of" series: (incomplete)

Add in some tropes, you scumlord!