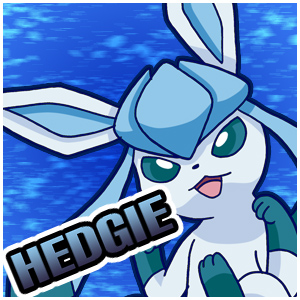 Wait, that's a Glaceon though.
"Hey guys! It's Hedgie!"

*drop and flail*
Occupation: flailing on heads
Known for nyah.

Tropes That Apply to Hedgie