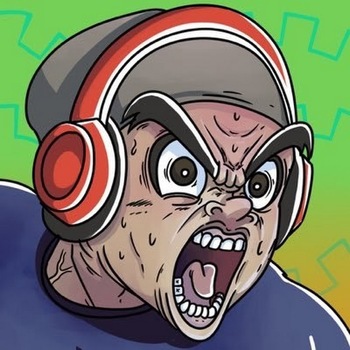 This picture is not an exaggeration of Dashie's character in the slightest.
"WHAT UP!? IT'S DASHIE! And welcome to my TV Tropes page-a! Shage-a! Trage-a!"
Advertisement:

DashieGames (real name: Charly Guzman) is a Dominican-American Let's Player who is known to be loud as hell, being quite Hot-Blooded, and excessively swearing.

Though he is a gamer, his main channel is actually called DashieXP, where he puts up videos of skits and other sketches. He also has a general main page that can be found here.

"Without further ado!...LET'S TROPE THIS SHIT!"