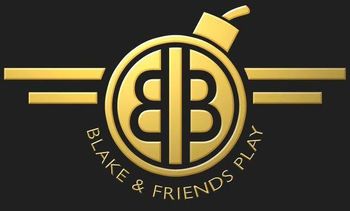 Blake & Friends Play is the ongoing flagship series of Diamond Entertainment Enterprises, and consists of multiple Let's Plays connected through a yet-to-be-started live-action storyline, a la Atop the Fourth Wall or The Spoony Experiment.

In addition, Blake also has a tradition of getting together with his friends, drinking himself stupid, and playing Pretend You're Xyzzy (the online version of Cards Against Humanity) at the end of each month.

All of their videos can be viewed here

Blake And Friends Play includes tropes such as: